I've been working on a way to model astrometric orbits, essentially representing 3D orbits on a 2D plane for the purposes of this conversation. I've been having a hard time figuring out the math behind it. I've found what I thought was the proper formulation but it is producing results that are not particularly intuitive. 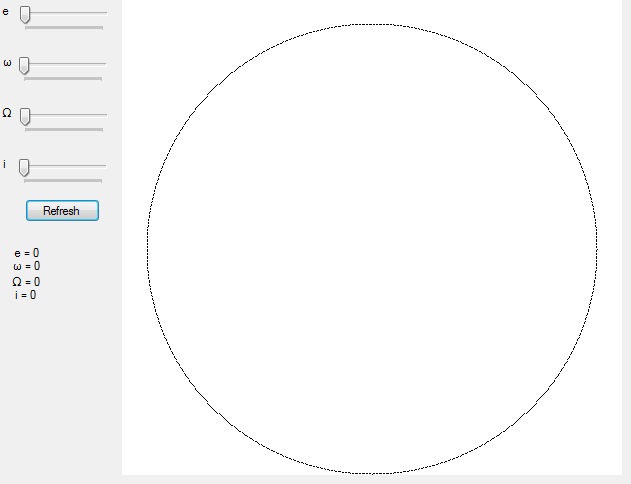 As expected, changing LongPeri for an inclined circular orbit does not produce a physical change. 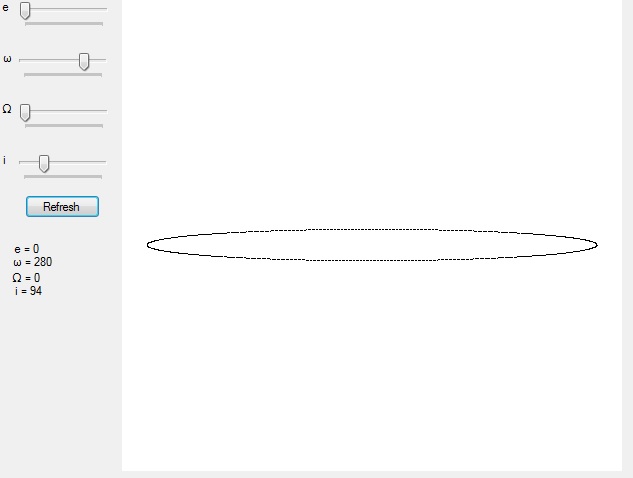 But adding eccentricity seems to tilt the orbit. 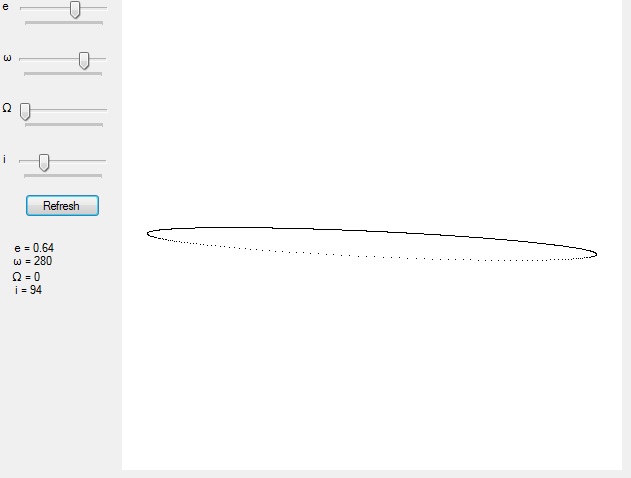 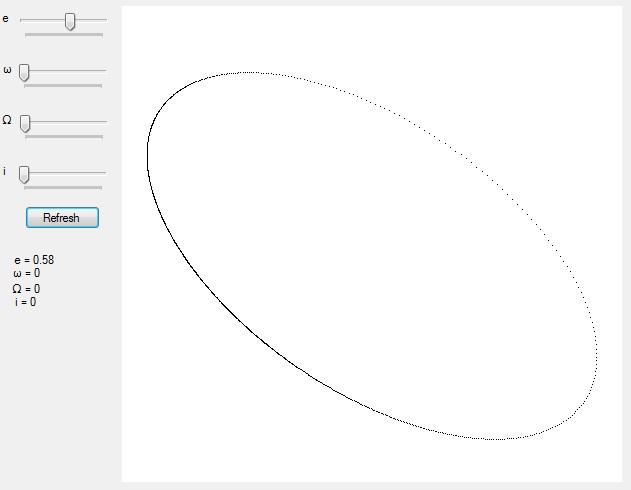 I used my same formulation for the eccentric anomaly as used for these diagrams so I do not think it is a problem there.

Also, for eccentric orbits, the x and y coordinates of the orbit are not mapping them to positions that place the barycentre in the image centre.

Checked out Upsilon Andromedae yet? When I tried to do this a few years back I was unable to match all the data/figures in McArthur et al. (2010) simultaneously.